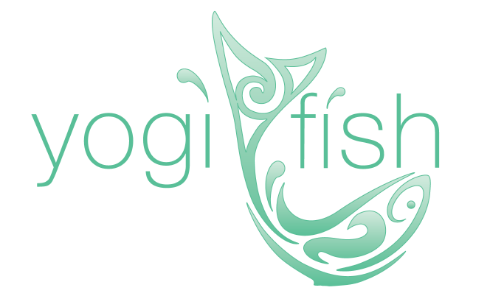 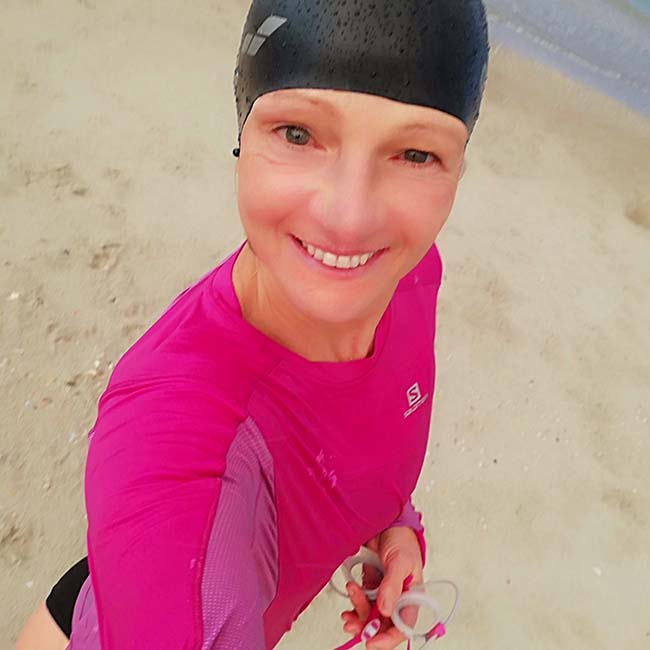 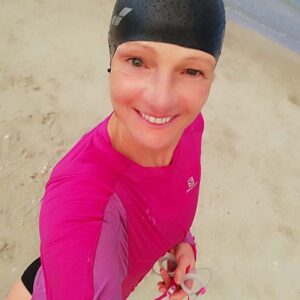 I’m an expat returning from Italy to New Zealand, where the Pacific Ocean has become my new training ground!!

From triathlon workouts in the cramped lanes of a chlorinated pool, where sessions are about following the black line at the bottom of the pool, to heading out to the open water, is a big step. That’s exactly what I encountered several months after arriving home in New Zealand.

I was lucky enough to meet Jessica (link: Jess Campbell), an Ironwoman triathlete, while she was out training on her bike one day. The next thing I knew, I was added to the Leigh Swimmers emails…

One of my first group swims was to circumnavigate Goat Island, which was a salp-tickling experience. We had patrolling kayakers and paddleboarders alongside us. The swim was broken up into 500m stops, which allowed everyone to catch up and take a breather while resting on the bright orange tow floats! Goat Island is an amazing geographical location, and swimming around the back of the island I encountered deep, dark-blue waters and caves which gave me a panicky feeling. But I overcame this when the intuitive Kaye stopped and suggested I calm my breathing, she reassured me that all was good. We continued with the fellow swimmers and finally reached the shore.

It wasn’t before I decided to extend my adventures and swim in different situations and waters. I was feeling confident with distance and soon discovered I was capable of completing a 2km ocean swim. I signed up for the Waiheke Iceberg swim as part of the NZ Ocean Swim Series. The swim was a fantastic challenge for me with 600 swimmers participating in my class. It was hard not to crash into each other, trying to jostle around each of the buoys and cope with the rays of sunlight that obscured the vision. Finally, when I reached the finish line and heard the applause and cheering from the other Leigh pod swimmers and supporters, I felt an incredible feeling of endeavour!

My favourite highlight was the escape retreat, which was the guided swim adventure and wellness retreat in Whangarei Heads with the coordinators Kaye and Marie. The venue was amazing for our daily workout swims and yoga sessions. I was truly inspired by the challenging swim of over 3km with the Whangarei Heads swimmers group, which was a huge achievement… A new personal ocean distance was set!

Ocean swimming is a brilliant discipline that requires a little technique, a lot of confidence, and a few kit pieces. And I’ve discovered the importance of connecting to a group, especially this local, warm-hearted Leigh Swimmers Group! 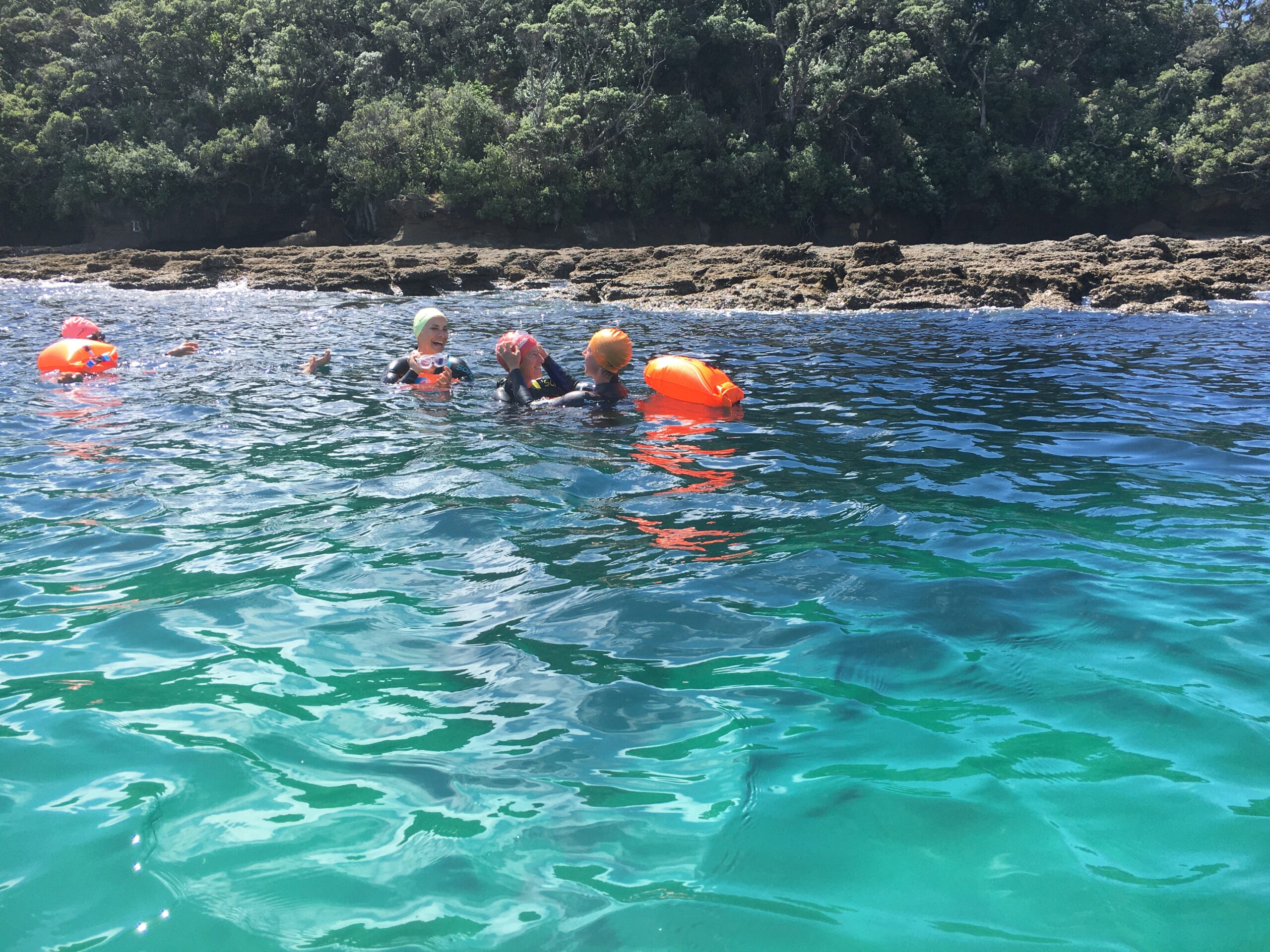 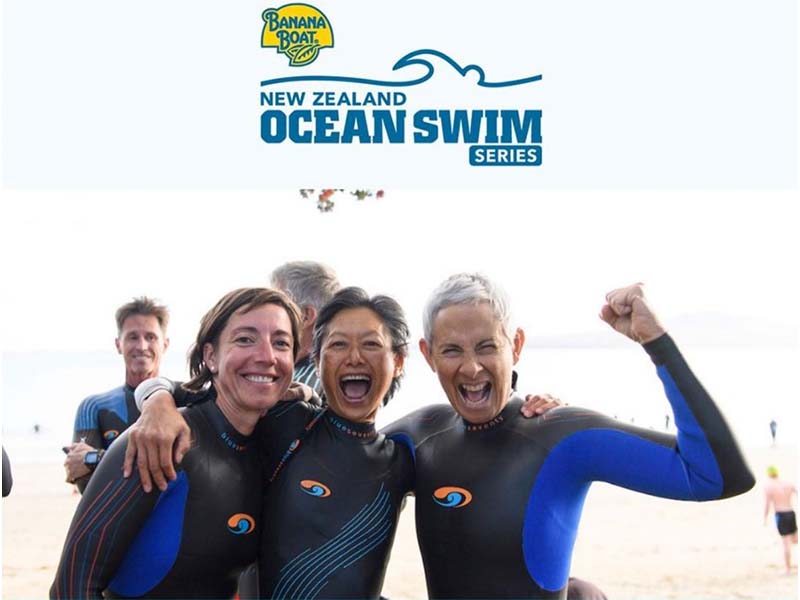 I’m super excited and honoured to support the NZ Ocean Swim Series as a #swimfluencer again this season! NZ Ocean 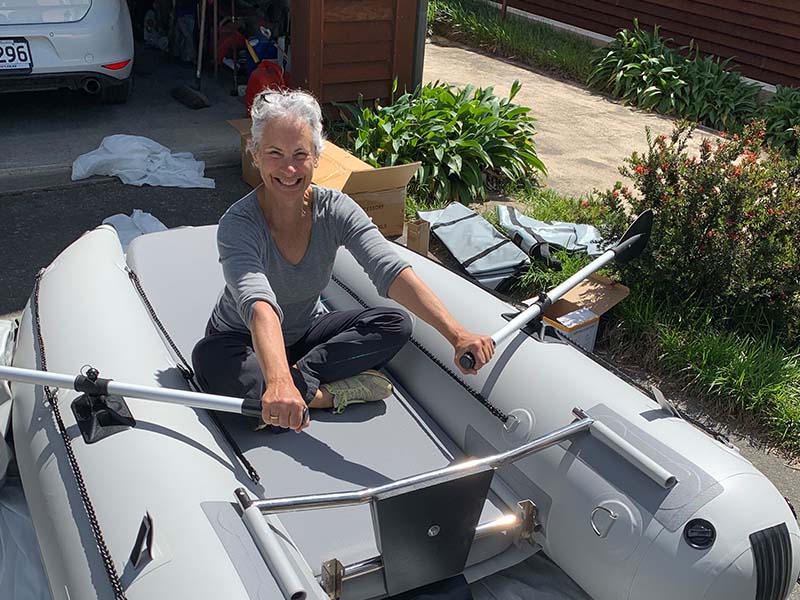 Muriel is a 2.6m Takacat inflatable catamaran with a 3hp Torqueedo electric engine – yeah, I know right! Watch out,

Get into the swim of things and keep up to date with our latest adventures!